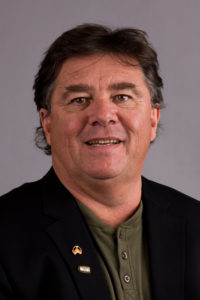 Counter Currents –
Aboriginal Men and Women at the Heart of Empire.

The Annual History Lecture is an event produced by the History Council of New South Wales every year in History Week, a state-wide celebration of History, which aims to engage and educate the community about the vitality, diversity and meaning of history and its practice.

In 2019, the History Council of New South Wales is honoured that Professor John Maynard (pictured) will deliver the Annual History Lecture with a paper entitled Counter Currents – Aboriginal Men and Women at the Heart of Empire.

Largely unreported in the press or historical documents, Indigenous Australians traveled to Britain in significant numbers from the late eighteenth century through to the twenty-first century.  Some of these travellers were performers, footballers, boxers, jockeys, athletes, soldiers, sailors and political activists. Innovative observers, they were intent on gaining as much information about the world around them as they could, utilising that knowledge within their rapidly changing world.

Other Aboriginal people had horrific experiences.  Kidnapped and enslaved, they were eventually discarded on the far side of the world far from their homeland.

In this Annual History Lecture, Professor John Maynard will explore the significant and largely missed movement of Aboriginal people to Britain from the late eighteenth century through to the twenty first century. Through his lecture he will analyse memory and location in an Aboriginal context, far removed from the Australian experience, providing an Indigenous perspective and insight about these journeys, asking the key questions – Why were they there? What were the differences in experiences of these Aboriginal travellers?  Did they come home, and if so, what experiences, memories, observations and understandings did they bring back with them of the lands outside Australia? In the lead up to 2020 and the 250th Anniversary of the arrival of James Cook and the Endeavour, this Annual History Lecture turns our attention toward Aboriginal people at the heart of empire rather than the periphery.

Over the past decade Professor John Maynard has established himself as the foremost Indigenous historian in Australia. His books Fight for Liberty and Freedom (shortlisted for the Victorian Premier’s History Award), The Aboriginal Soccer Tribe (a highly commended finalist for the prestigious Walkley Award) and Aboriginal Stars of the Turf (Dymocks Readers Choice) have received high acclaim. His research has concentrated on the intersections of Aboriginal political and social history and made significant contributions to the research fields of Aboriginal, race relations and sports history both nationally and internationally.

Bookings can be made online via the button above.  Discounted student tickets (limited number) can be purchased by contacting admin@historycouncilnsw.org.au

Note:  your organisation must be a member of the History Council to register an event as part of History Week 2019.

More information is available through our frequently asked questions to the right, or contact us at programs@historycouncilnsw.org.au.

Further information about past History Weeks as well as our overall aims can be found here.

Do I have to be a History Council member to participate?

What is the History Week event registration process?

Do you have a media pack and guide?

We have made a media pack available for our host organisations to assist in publicity. Download our logo, publicity guide and media release template below.

History Week is supported by the NSW Government through Create NSW

We are grateful to our partners listed below for all of their assistance and support.