How do we know when a snake is dangerous? In nineteenth-century Australia, snakes were often deemed ‘venomous’, yet the basis for this purported ‘knowledge’ was rarely disclosed. From Aboriginal testimony to anatomical analogy, settlers, naturalists and doctors accepted a wide variety of evidence. Yet beyond snakebite cases in humans, the most potent testimony has been largely overlooked.

From the very first years of white colonisation, imported animals died regularly following bites by indigenous serpents. Horses and oxen, sheep and cats, pigs and fowls proved regular casualties. While at first accidental, by the late 1840s these encounters were increasingly orchestrated. With dogs forming the vast majority of victims, itinerant antidote sellers and snake charmers regularly encouraged colonial audiences to enjoy the spectacle of envenomation. In forcing snakes to bite domesticated animals, these staged ‘experiments’ were intended to prove not only that a serpent’s venom was dangerous, but that the resultant animal suffering was directly applicable to humans.

In this talk Peter Hobbins will argue that such ‘vivisection’ was both widespread and blatant across the Australian colonies, with doctors following rather than leading popular practice. Furthermore, he believes, the moral consequences for snakes, dogs and ‘scientific medicine’ were rarely healthy. 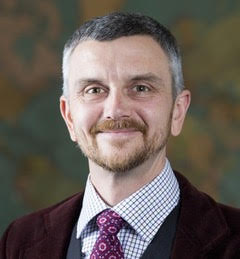 Dr Peter Hobbins trained as a pharmacologist and worked as a medical writer before undertaking a Masters and then a PhD in history at the University of Sydney.  Focusing on science, technology and medicine, Peter has recently published two books.  Written with archaeologists Ursula Frederick and Anne Clarke, Stories from the Sandstone is a public history work exploring the past of Sydney’s former Quarantine Station.  In early 2017 Manchester University Press published Peter’s monograph, Venomous Encounters: Snakes, Vivisection and Scientific Medicine in Colonial Australia.