RAHS Day Lecture – The Power of the Pedal 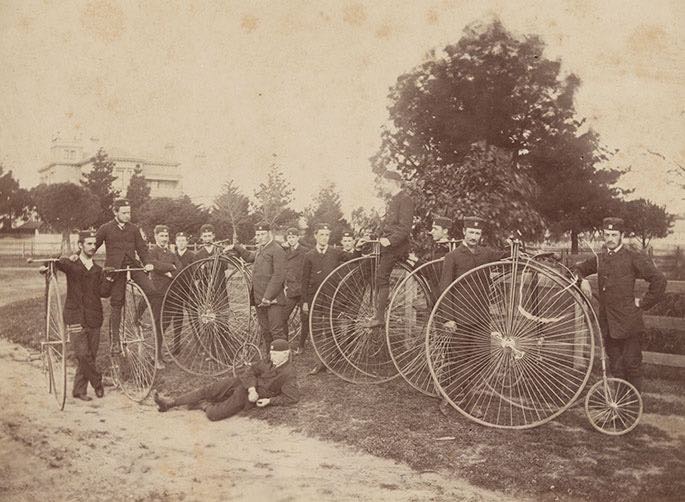 Image courtesy of the National Library of Australia

The Royal Australian Historical Society is hosting Rupert Guinness for the next instalment of their 2019 lecture series where he will look at ‘The Power of the Pedal’.

Bicycles changed our lives – they meant a new and faster way to get around, (in both the country and the city), and gave rise to ways of exploring, socialising and competing. In the nineteenth century bicycles gave us ‘overlanders’, adventurers who explored new routes through rugged terrain; cycling clubs, which gave women a new kind of freedom to mix socially with men; and novel kinds of racing. In Power of the Pedal (2018), cycling journalist Rupert Guinness reveals 200 years of the bike in Australia.

About the speaker: Rupert Guinness is a senior sports writer for the Sydney Morning Herald, covering rugby union, cycling and rowing. He has reported on 20 Tours de France and was awarded a Walkley Award for his inside story for The Australian on the 1999/2000 Sydney to Hobart yacht race where he crewed − without ever having sailed before − on board the line honours-winning maxi yacht Nicorette. Rupert has also written thirteen books.

This event is free, but registrations are essential, please register here.