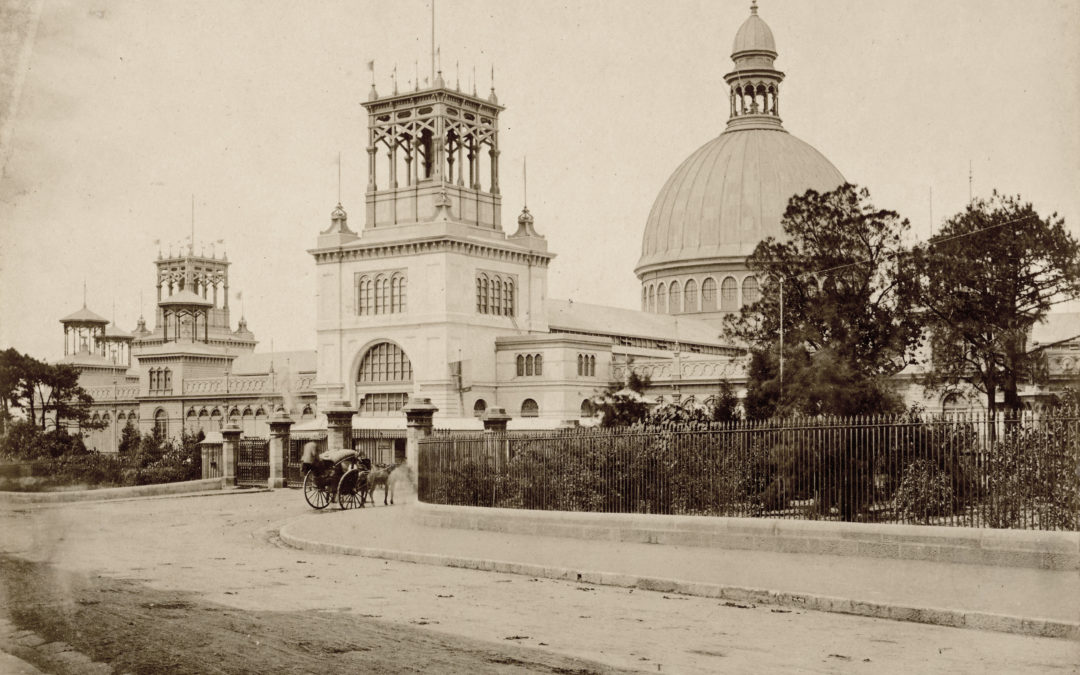 During their 200th birthday celebrations, Sydney’s Royal Botanic Garden are opening a new exhibition about the fascinating collection of memorabilia rescued from the magnificent Garden Palace when it mysteriously burnt to the ground in 1882.

Originally standing along the south-western flank of Garden (near Macquarie Street), the Garden Palace was more than two football fields in length and put Sydney firmly on the imperial map as the city’s answer to London’s Crystal Palace. Garden Palace in ruins after the fire of 1882, State Library of NSW

The date of 22 September marks the 134th anniversary of the fire which destroyed the Garden Palace. In 1882 the colossal building burned to the ground and with it invaluable contents, historical records and Aboriginal artefacts from the earliest days of the colony.

The Royal Botanic Garden are also running ‘Birthday History and Heritage Walks’ over the coming weeks. Join Garden staff and passionate volunteer guides as they take you on a 1.5-hour journey through the first 200 years of the history of the Botanic Gardens.