60,000 years of Australian History: A Plea for Interdisciplinarity 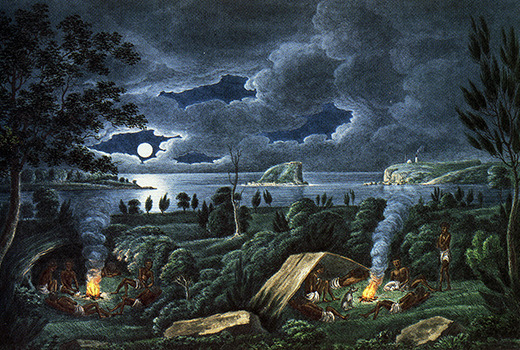 The Department of History, University of Sydney, is hosting the 2nd Bicentennial Australian History Lecture, to be delivered this year by Professor Lynette Russell, Monash Indigenous Studies Centre, Monash University.

How do we understand, imagine, visualise and create narratives for 50,000 years of Australian history?

As commonly presented, Australia’s past seems to consist of 230 years of European colonisation and over 50,000 years of Aboriginal culture, the former the purview of historians and the latter of archaeologists. Yet it presents striking opportunities for a truly integrated and seamless deep continental history, combining disciplines and methodologies.

Such a history would consider the full range of human experience from arrival, through changes in climate, technologies and belief systems to interactions with Maccassan, Portuguese, Dutch, French and finally the British. It would stretch across 2500 unbroken generations of people birthed, nurtured and sustained: people who modified landscapes, hunted, sang songs, practised religion and buried their dead.

This lecture argues for mixing epistemologies to create historical narratives of the deep past that may be taught in schools and universities, presented in museums and popular culture, and proudly shared by all Australians.

The Bicentennial Australian History Lecture is a biennial public lecture hosted by the Department of History in the School of Philosophical and Historical Inquiry, University of Sydney. Distinguished historians offer engaged and critical perspectives on Australia’s past and the legacies of colonisation.

Image: Joseph Lycett, Aborigines Resting by a Camp Fire near the Mouth of the Hunter River, Newcastle, NSW, courtesy National Library of Australia.