1917: The Great Strike exhibition and podcast 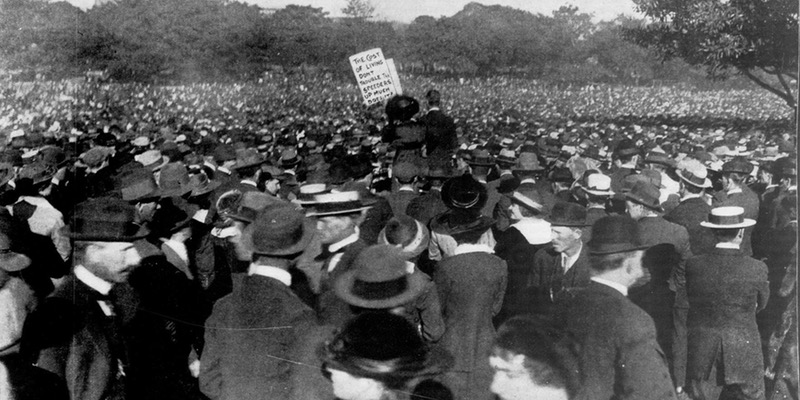 1917: The Great Strike, an exhibition produced by the City of Sydney and Carriageworks, marks the centenary of one of Australia’s largest industrial conflicts. It includes a range of historical objects alongside commissioned artworks by Raquel Ormella, Tom Nicholson, Will French, Franck Gohier and Sarah Contos. The exhibition is on display at Carriageworks until 27 August 2017, find out more.

During the Great Strike 100,000 people marched to The Domain every weekend, thousands of workers downed tools and one seventh of Sydney’s population protested in the streets.

To commemorate the event, the City of Sydney has created an original podcast. Hear why the strike erupted, how it divided communities and shaped political consciousness through colourful oral histories. Download the podcast at www.thegreatstrike.sydney

Image: A gathering of 100,000 men and women in The Domain on a Saturday during the Great Strike of 1917, courtesy City of Sydney.