Australia’s Southern Empire: How Antarctica was made Australian How did Australia lay claim to 5.8 million square kilometres of its largely forgotten southern neighbour, Antarctica? Rohan Howitt will trace the origins of the Australian Antarctic Territory to the 1830s, examining contemporary newspapers, government and diplomatic sources, commercial records, and popular culture, to reconstruct the relationship between Australia and Antarctica. Howitt will demonstrate how the acquisition of an Antarctic territory was the culmination of nearly a century of Australian fascination with Antarctica, and that this fascination was driven as much by ordinary people as by politicians and explorers. 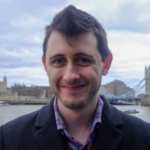 Rohan Howitt is a PhD student in the Department of History at the University of Sydney. His PhD thesis, ‘Australia, Antarctica, and the Logics of State Formation, 1839-1933’, examines Australia’s political, scientific, economic and cultural engagement with Antarctica.