The Blackheath History Forum continue their 2017 program with a talk by Dr Rhys Crawley.

Like its predecessors, The Secret Cold War, the final volume in the Official History of Australian Security Intelligence Organisation (ASIO) trilogy, was written with unrestricted access to ASIO’s classified files. Its publication in October 2016 was significant in many ways; not only did it mark the culmination of a history project the likes of which had not been seen in Australia, but it also provided the first official confirmation that ASIO had been penetrated by the KGB.

In this presentation, co-author of The Secret Cold War, Dr Rhys Crawley, will talk about the process of researching and writing the volume, as well as discussing the many changes that occurred within ASIO and the wider Australian intelligence community. Rhys will also examine some of the successes, failures, and challenges faced by Australia’s security intelligence organisation in the latter years of the Cold War. 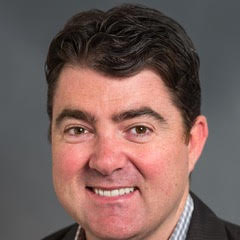 Dr Rhys Crawley is a historian at the Australian War Memorial where he is writing the Official History of Australian Operations in Afghanistan, 2005-2010. Rhys is also an adjunct lecturer at the University of New South Wales, Canberra, and a visiting fellow at the Australian National University. His publications include Climax at Gallipoli: The Failure of the August Offensive (2014), The Secret Cold War: The Official History of ASIO, 1975-1989 (with John Blaxland, 2016) and The Long Search for Peace: Observer Missions and Beyond, 1947-2006 (with Peter Londey and David Horner, forthcoming).