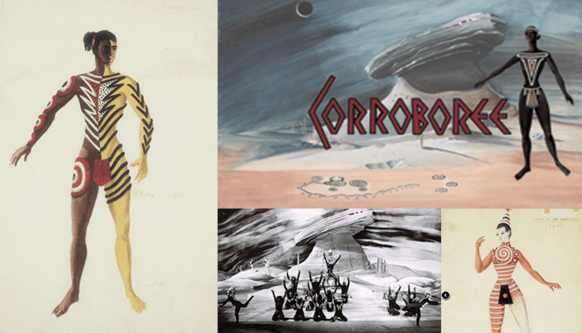 Set design is a critical element of a stage production, whether it be drama, dance or opera, and Olga Sezneva believes the significant contributions of set designer and artist William (Bill) Constable deserves to be rediscovered.

For over 15 years, Constable had a productive creative collaboration with and friendship with Edouard Borovansky and his Borovansky Ballet in 1940, designing almost twenty productions for the company. Constable designed for over 160 dramas, operas, films, ballets over the course of his career — including the seminal Australian ballet, Corroboree, and the sets and costumes for Noel Coward’s only ballet, London Morning. An accomplished artist, he also illustrated books and was commissioned to make several murals, most notably for the lower foyer of the Theatre Royal in 1952 (partially demolished for the construction of the MLC Centre) and The Empire Theatre on Quay Street in Sydney in 1953 (destroyed by a fire in 1970s).

Join Olga Sezneva and the Sydney Mechanics’ School of Arts to rediscover this forgotten genius.