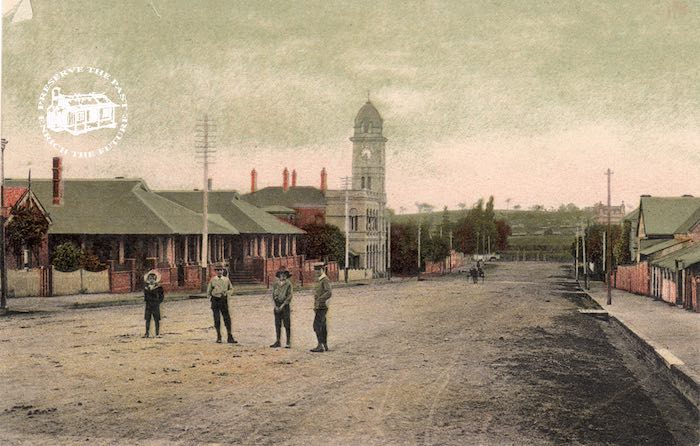 Image via RAHS from the Tamworth Historical Society Website

Bookings are now open for the Royal Australian Historical Society’s Annual Conference, to be held in Tamworth.

On 9 November 1888, Tamworth became the first city in Australia to have its streets lit by electric streetlights. Elizabeth Piper, the wife of mayor James Piper, turned the power on with a golden key and Tamworth’s residents saw 52 electrical lights illuminate twenty-one kilometres of their city’s streets. The celebrations included another historical event – the heats and finals of a 130-yard running race which took place under the glow of four giant arc lights, making it the first outdoor athletics event to be held under electric lights.

It is therefore fitting that Tamworth is the location of the 2019 RAHS Conference as the theme this year is Illuminating the Past. What do different historical records reveal about our past? How do we share our history with new audiences in an enlightening and informative way? What must we do to protect and share historical sources so that the vivid insights they provide don’t disappear into darkness?

As well as exploring ideas based on the theme of Illuminating the Past, the 2019 RAHS Conference is also a wonderful opportunity to learn more about Tamworth, with local historians revealing the important cultural and economic contribution that Tamworth and its residents have made to Australia.