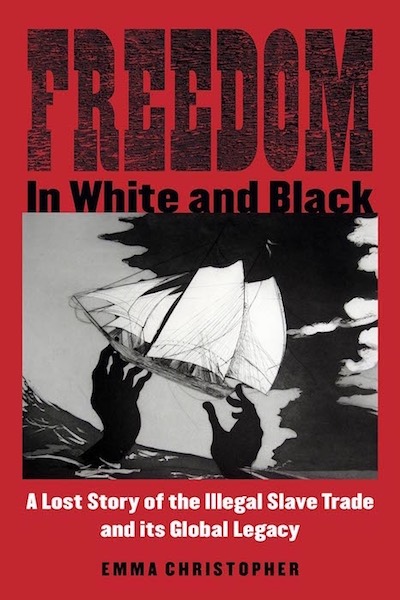 Join the RAHS as they host Emma Christopher as she discusses her new book Freedom in White and Black: A Lost Story of the Illegal Slave Trade and its Global Legacy (2018). Emma’s book provides a unique glimpse into the daily operation of a slave-trading business on the West African coast, despite both Britain and the United States having outlawed transatlantic slave trade by 1808.

In this lecture, Emma will focus on Robert Bostock and John McQueen – the two men shipped to Australia as convicts for their crime of slave trading. Bostock was still trading slaves in West Africa in 1814 and had become an extremely wealthy man, while McQueen was his apprentice, sent from Scotland at the age of 11. Emma will also discuss the enslaved men, women and children that were rescued from Bostock’s factory.

Emma Christopher is a historian, documentary filmmaker and the director, producer and researcher of They Are We (New York: Icarus Film, 2014). This film won five Best Documentary Awards, was featured widely in the media, and was chosen as the United Nations’ Remembrance of Slavery film 2015. It has been screened in more than 70 countries around the world.

This is a free event, but please reserve your ticket.