RAHS/ASHET Evening Lecture – By Muscle of Man and Horse: Building the Railway under Sydney 1916-32 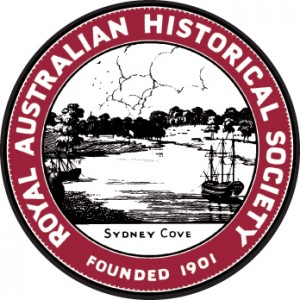 The next Royal Australian Historical Society evening lecture will be in partnership with the Australian Society for History of Engineering and Technology (ASHET) and will festure Billl Phippen who will discuss the chance discovery of a long missing photo album by Sydney Trains’ staff and how it led to the scanning of 1500 construction photos of the City Railway between 1916 and 1935.

A chance discovery of a long missing photo album by Sydney Trains’ staff during an office relocation in 2016, led to the scanning of 1500 construction photos of the City Railway between 1916 and 1935. Sorted and analysed, using Bill Phippen’s detailed knowledge of the history of the work and his professional skill, and with financial support of Sydney Trains, more than 900 of the photos have been recently published as a very large coffee table book (528 pages) by the Australian Railway Historical Society (ARHS NSW).

The overwhelming insight of the systematic study of the photos is the physicality of the work, hence the title of the book – By Muscle of Man and Horse, Building the Railway Under Sydney 1916-1932.

About the speaker: Bill Phippen is a graduate of the University of Sydney in Civil Engineering, a Fellow of the Institution on Engineers Australia, and a member of that organisation’s Heritage Committee in Sydney. In consequence of more than 40 years of voluntary service with the charity Technical Aid to the Disabled, Bill was awarded an Order of Australia Medal on Australia Day 2013. Most recently he has been the Manager of the Railway Resource Centre – the archives section of the ARHS NSW.