Stories of long distance relationships permeate our popular literature, films and music. Using examples from library collections, this talk will show how the tangible evidence of long distance love has changed over the past 130 years, from hand-written letters and carte de visite portraits to the digital era, which has had a profound effect on the nature and style of communication.

After World War II, travelling for love became an international phenomenon, when an estimated 15,000 Australian war brides crossed the seas to join the men they had met during the war. While Internet-based communication is popular and more immediate, it is not necessarily more intimate nor satisfying. 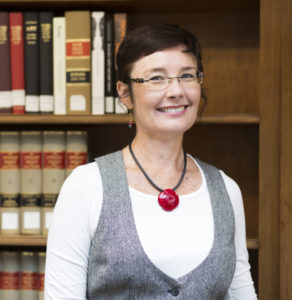 Before coming to the State Library of NSW in 2015, Alison Wishart worked as a curator and collections manager with the National Museum of Australia, the Australian War Memorial, the State Library of Queensland, and Museum of Tropical Queensland. She has a BA (Hons) from the University of Queensland and a Masters in Cultural Heritage (majoring in Museum Studies) from Deakin University. She is passionate about public history and has curated social history exhibitions on a diverse range of topics from football(soccer), to long distance love, to the stolen generations.

Image: Robert Christison, on one of his twelve sea voyages, ‘traveling for love’ between Australia and England, c. 1910, courtesy John Oxley Library, State Library of Queensland.