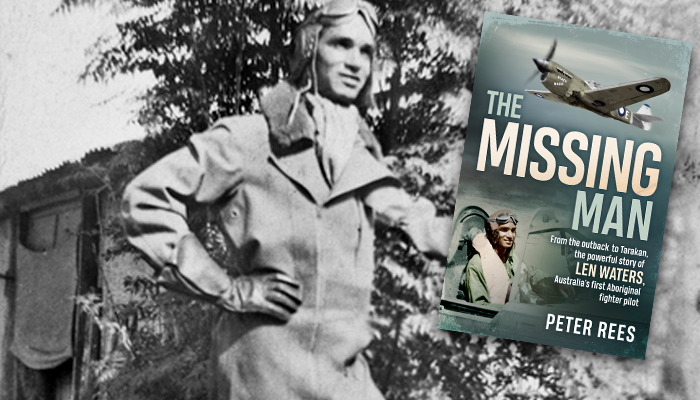 The next Sydney Mechanic’s School of the Arts lunchtime talk will feature author Peter Rees who will discuss the fascinating history of Australia’s first Aboriginal fighter pilot on Tuesday 3 July.

Len Waters was Australia’s first Aboriginal fighter pilot, a Kamilaroi man who flew multiple sorties during our World War II Pacific campaign. He should have had a world of opportunity ahead of him at the war’s end, but instead Len became the missing man in the country’s wartime flying history. Peter Rees rights that wrong in this powerful, compelling and at times tragic examination of Len Water’s life.

Peter Rees has been a journalist for forty years, working as federal political correspondent for the Melbourne Sun, the West Australian and the Sunday Telegraph. He is the author of The Boy from Boree Creek (2001), Tim Fischer’s Outback Heroes (2002), Killing Juanita (2004), which was a winner of the 2004 Ned Kelly Award for Australian crime writing, The Other Anzacs (2008) republished as Anzac Girls (2014), Desert Boys (2011), Lancaster Men (2013) and Bearing Witness (2015), which won the Anzac Centenary Literary Prize in 2015.