Peter Hobbins: Stories from the Sandstone

The City of Canada Bay Heritage Society invite you to join them to hear Peter Hobbins discuss his new co-authored book Stories from the Sandstone on Saturday 4 August.

Sailing to Australia in 1835, 16-year-old John Dawson watched in alarm as three of his sisters developed smallpox. Although all survived this dreaded disease, their faces bore tell-tale scars for the rest of their lives. Yet John left an even more enduring memento of his family’s perilous voyage in the soft sandstone of North Head, at the entrance to Sydney Harbour. Carving a lengthy message proclaiming that the Dawsons had ‘landed here to perform quarantine’.

John began a tradition that continued until Sydney’s Quarantine Station finally closed in 1984. During its 150 years of operation, nearly 16,000 people were held in isolation on this beautiful headland. Interned for days, weeks or even months, many followed John’s example, leaving an extraordinary gallery of more than 1600 carved and painted sandstone inscriptions. 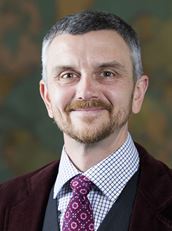