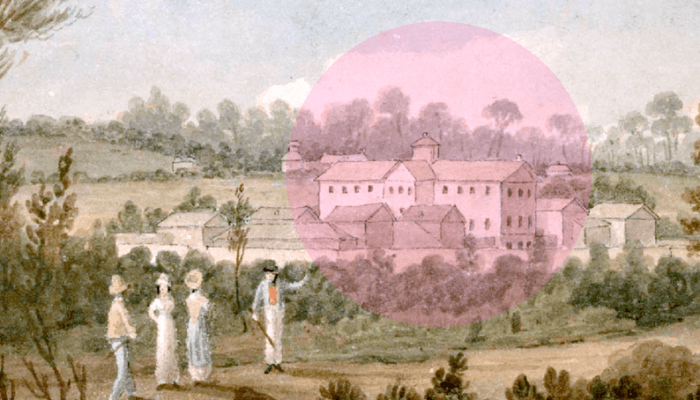 Come along to the next Sydney Mechanic’s School of the Arts lunchtime lecture to hear Patrick Dodd tell the story of the Parramatta Female Factory to celebrate it’s 200 year anniversary on Thursday 5 July.

On 7th July 1818, Governor Macquarie laid the foundation stone of the Parramatta Female Factory. 2018 will mark the bicentenary of this event. A great man of the Enlightenment, Macquarie was committed to all the men and women of the colony, be they free or convict, and established the concept of the ‘fair go’. Join president of the Macquarie Society, Patrick Dodd, as he tells the story of the Factory and Macquarie’s part in its history to mark it’s 200 year anniversary.

Since ‘retiring’ Patrick Dodd has been busier than ever as the Founder and President of the Macquarie Society. He is also a Volunteer Guide at the State Library of NSW on History and Heritage tours and as a Public Speaker. He is also a Volunteer Guide and Public Speaker with the Sydney Harbour Federation Trust. In 2012 Patrick was NSW Volunteer of the Year for Cultural Heritage Interpretation awarded by the Heritage Council.

Image courtesy of SMSA (A watercolour titled, Female penitentiary or factory, Parramatta, by Augustus Earle, 1826. Courtesy of the National Library of Australia.)