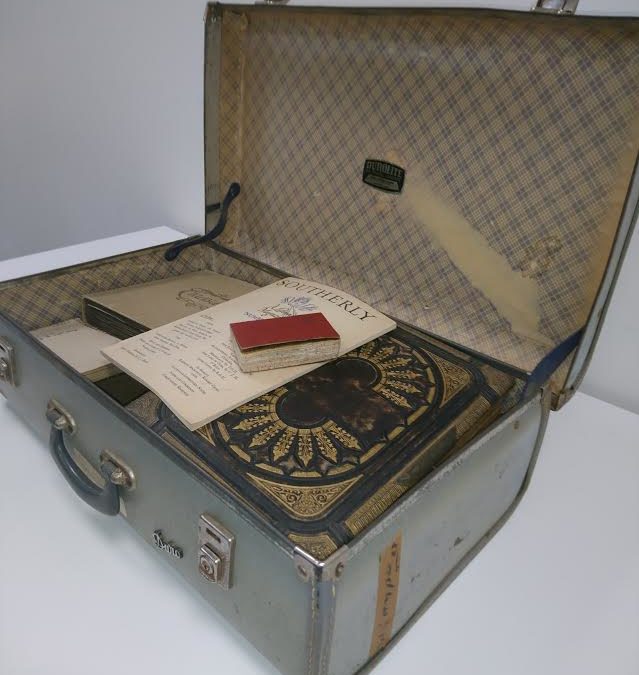 The missing diary of Australian literary great Miles Franklin was discovered in a battered old family suitcase and was donated to the State Library of NSW on 8 March 2018.

The small, red pocket diary which Miles wrote in just four days before her death on 19 September 1954, remained undisturbed for more than 60 years. Plagued by ill health, her very last entry reads: “Went to Eastwood by ambulance to be X-rayed. Ordeal too much for me. Day of distress & twitching. Returned to bed.”

Richard Neville, the State Library’s Mitchell Librarian, said he is honoured to accept into the State Library’s collection the final written words of one of our greatest writers whose pioneering first novel My Brilliant Career, published in 1901, is now an Australian literary classic.

In a special event at Macquarie Regional Library in Dubbo on 7 March, Miles’ relative Kim V. Goldsmith officially handed over the diary on behalf of the family, many of whom reside in the Central West of NSW. The suitcase containing the diary has been in Ms Goldsmith’s possession for three years, having been passed down through three generations of Miles’ extended family.

Ms Goldsmith remarked that “I’m personally pleased the diary is going to join its ‘mates’ in the collection at the State Library, and as a family we agree it’s right the diary go somewhere it will be looked after, cherished and made available to those who are interested,” said Ms Goldsmith. 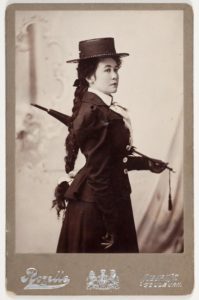 Miles Franklin published 15 books in her lifetime, four posthumously, and her legacy to Australian literature is evident in the establishment of the prestigious Miles Franklin Literary Award ‐ a secret gift to the nation revealed after her death.