History Week with The Port of Yamba Historical Society Inc. 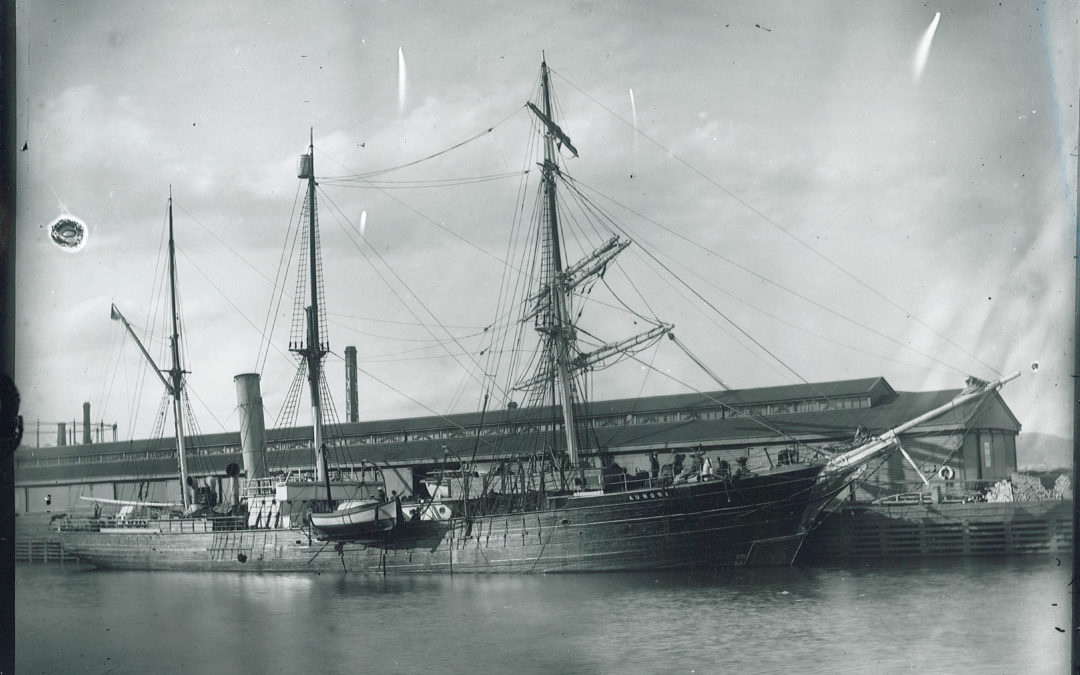 How did Australia lay claim to 5.8 million square kilometres of its largely forgotten southern neighbour, Antarctica? During History Week 2016, Rohan Howitt traced the origins of the Australian Antarctic Territory to the 1830s, demonstrating how the acquisition of an Antarctic territory was the culmination of nearly a century of Australian fascination with Antarctica driven as much by ordinary people as by politicians and explorers.

As part of our Speaker Connect series, Howitt was hosted by The Port of Yamba Historical Society Inc. One of their members, Lesley Pickering, wrote this account of Rohan’s talk. The History Council of NSW would like to thank Rohan Howitt and the members of the Port of Yamba Historical Society Inc. for bringing together this fascinating talk and sharing it with us. Read Lesley’s account below.

What is our special relationship with Antarctica?

To celebrate History Week, historian Rohan Howitt presented an informative talk (Sunday 11 September, 2016) on how Australia came to lay claim to 5.8 million square kilometres of Antarctica: Australia’s Southern Empire – How Antarctica was made Australian. As part of his PhD work at the University of Sydney, Rohan has researched how Australians have been fascinated by Antarctica since the early 19th Century – governments, wealthy individuals and the general public.

Our interest was first captured by a map showing the extent of the Territory of Australia – from Christmas Island in the far north west, to Norfolk Island in the east, and then south to Enderby Island and Antarctica. We learnt that 30 percent of our total territory lies in Antarctica.

Decades before the well-known heroic voyages of Scott, Amundsen, Shackleton and Mawson during the early 20th Century, Australian governments funded several expeditions. Rohan gave details of the long history of plans to incorporate Antarctica into the Australian Commonwealth, and read newspaper excerpts of the exceptional level of public popularity of the expeditions. For example, after his expedition, James Clark Ross was lionised and his ships deluged with visitors, who asked well-informed questions about cold weather gear and anti-scurvy measures. When Ross departed for England in 1841, he thanked and farewelled Australia by providing two ships for an extravagant party in Ross Cove, Hobart: a dance ship (with officers’ cabins used as dressing rooms for the ladies) and a dining ship. The Australian government even paid for a statue of Ross in London after his death in 1862.

The public’s high level of interest and enthusiasm about Antarctica continued throughout the second half of the 19th Century. There were debates in the press and discussion on a range of topics: establishing colonies; the properties of sub-Antarctic plants; calls to reap commercial rewards from whaling and sealing; the possibilities of discovering unknown animals and a race of man; that Antarctica was closer to Melbourne than Perth; and plans for a steamer for a pleasure trip to sub-Antarctica to escape the summer heat of Melbourne.

The high level of Australian Commonwealth funding of expeditions continued into the 20th Century. For example, 5,000 pounds (about 25% of total discretionary income) was spent on Sir Ernest Shackleton’s expedition. Once again, the government also paid considerably to restore his ships so Shackleton could return to England, after school children visiting them had souvenired the entire rigging, the boarding and 50% of the sails.

When Sir Douglas Mawson returned from Shackleton’s 1907-09 Nimrod voyage, he emphasised the benefits of Antarctic scientific endeavours for Australia: geological, meteorological and economic. Mawson envisaged Antarctica as part of the Australian jurisdiction and was keen to set up a colony for mining and whaling. On his 1911-14 expedition, Mawson mapped over 2,000 miles of previously unexplored coastline and examined Macquarie Island.

It was after Mawson’s 1930/31 Discovery expedition that Australia claimed up to 42% of Antarctica. The Antarctic Treaty that currently exists was signed by 12 countries on 1 December 1959; 46 countries are now part of the Treaty.

This event was part of
History Week: Neighbours
3-11 September 2016
Presented by the History Council of NSW
#HistoryWeek16 | www.historyweek.com.au