The History Council of NSW is pleased to announce the winners of their awards and prizes for 2016. The Annual History Citation, the Max Kelly Medal, the Deen De Bortoli Award for Applied History, and the inaugural Aboriginal History Prize were awarded last night at the Annual History Lecture.

The 2016 Annual History Citation was awarded to Associate Professor Carol Liston, in recognition of her contributions to res 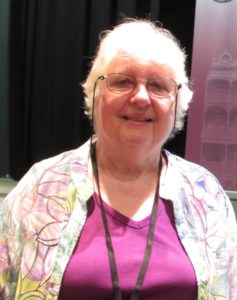 earching and teaching history and heritage, and her service to community and local history organisations. Carol is an Associate Professor at Western Sydney University and has been teaching history there for over 25 years. She completed her PhD at the University of Sydney, and her tutoring in Historical Archaeology stimulated a lasting interest in the history of places, the significance of physical remains and the relevance of community history. After completing a Diploma in Family History Studies, Carol worked for the next decade as a genealogist and professional historian, discovering the riches of archival sources as she researched family histories, heritage sites and wrote local history.

After her appointment to Western Sydney University in 1990, Carol focused her research attention on the Western Sydney region and the colonial world of the County of Cumberland. She has been involved in community and local history for many years in Parramatta, serving as a member of the Parramatta City Council Heritage Advisory Committee and Trustee of the Parramatta and District Historical Society. Since 1983, Carol has served on the Council of the Royal Australian Historical Society and was awarded a Fellowship in recognition of her many years of service. She is currently the President of the Royal Australian Historical Society, where she gives workshops on using digital land records and edits the Society’s journal. 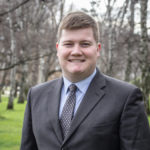 The 2016 Max Kelly Medal was awarded to Daniel McKay for his essay ‘Loyal Children: The Australian Factor in the Birth of the Imperial Federation Movement.‘ Daniel is an aspiring young historian. Originally from rural NSW, he is now in his final year of studying a Bachelor of Arts (Honours)/Bachelor of Laws (Honours) degree at the Australian National University in Canberra. His essay was commended by the judges for demonstrating the importance of Australia and the Australian Colonies in the foundation of the Imperial Federation League and more broadly, the changing nature of imperial relations in the late nineteenth century. He had the following to say about winning the medal:

As a fledgling historian, it is a great honour and encouragement to have my research recognised with the Max Kelly Medal. The History Council of NSW in supporting this award, are demonstrating a real commitment to new generations of historians. The more voices we have telling the stories of the past, the more vibrant and alive our shared history becomes. I thank the judging panel of the Max Kelly Medal, and the History Council of NSW for inspiring me to continue adding my voice.

The 2016 Deen De Bortoli Award for Applied History was awarded to Dr Hannah Forsyth for her essay ‘Dreaming of Higher Education‘. Hannah is a Lecturer at the Australian Catholic University in Sydney, where she teaches Australian Aboriginal History, Historiography and social and political history. Her book A History of the Modern Australian University was published in 2014 by NewSouth Publishing. Hannah’s essay was remarked by the judges to be a passionate political plea to those who work in the tertiary sector to take seriously the issue of social inclusion. She had the following to say about winning the award:

It is a great privilege to be awarded the Deen De Bortoli award for applied history. I think the idea of ‘applying’ history is very important. Since completing my PhD – which is not a very ‘applied’ thing to do, in general – I have tried to find ways of connecting my research and my teaching to things that matter in the real world. In some areas I have been more successful than others, but I am determined to work in my teaching and in my research to make history ‘work’ in the world. Of all the things I do as a historian that I can imagine being rewarded for, ‘applying’ my history to contemporary issues, debates and communities is the best one that I can think of. I am most grateful to the History Council of NSW and the De Bortoli family for this award.

This year, the History Council of NSW awarded the inaugural Aboriginal History Prize to Rachael Simons for her essay ‘“We Will Protect Ourselves”: William Ferguson’s Critique of the Policy of Aboriginal Protection in NSW, 1937-1938.’ Rachael is a recent History graduate of the University of Sydney. In 2015 she completed her Bachelor of Arts (Advanced) (Honours I) degree, and was awarded the University Medal for her thesis on Aboriginal ‘protection’ policy in twentieth-century NSW. The judges congratulated Rachael on her rich account of Ferguson’s intervention and exposure of the Aboriginal Protection Board’s maladministration and cruelty while also highlighting the many layered strategies for achieving change and justice by Aboriginal activists. She had the following to say about winning the prize:

As the inaugural recipient of the Aboriginal History Prize I feel incredibly excited to see such an important field of historical inquiry being supported by the History Council of NSW. From my own perspective as a graduate, it is really encouraging that this prize is aimed at students and beginning historians, and I am certain that the mentoring I am to receive will be invaluable to my future pursuits. It was also most humbling to receive the prize at the 2016 Annual History Lecture delivered by Professor Heather Goodall, whose seminal work on Aboriginal activism and land rights was a key source of inspiration and motivation for my own writing.

The History Council of NSW would like to thank all those who submitted entries for our 2016 awards and prizes, and once again congratulations to the winners.

The opening of our 2017 awards and prizes will be announced soon, so stay tuned!