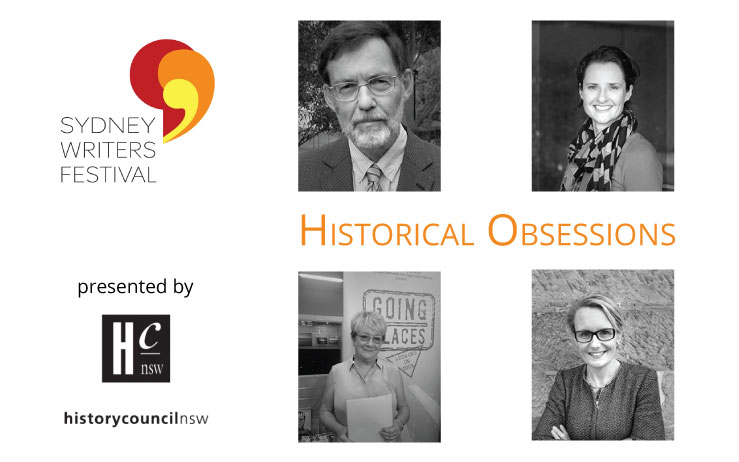 What makes one historian enchanted by the Middle Ages and another obsessed with Stalingrad? Winners of the 2015 New South Wales Premier’s History Awards Alan Atkinson, Carolyn Holbrook and Babette Smith reveal to Caroline Butler-Bowdon how and why they fell in love with their subjects. These are the untold tales behind Australia’s best history writing – the late-night discoveries that made the hours of research worth it and the moments where history truly came to life.

This is a Sydney Writers’ Festival event presented by the History Council of New South Wales  #sydneywritersfestival.

Emeritus Professor Alan Atkinson is a Fellow of the Australian Academy of the Humanities, an Honorary Fellow of the Royal Australian Historical Society and has been an Australian Research Council Professorial Fellow. In 2015, he was awarded the Victorian Prize for Literature, the Australian History Prize at the NSW Premier’s Awards, the Ernest Scott Prize (jointly) and the CHASS Australia book prize, all for his third volume of The Europeans in Australia. He also received the History Council of NSW’s 2015 Annual History Citation in recognition of his outstanding contributions as an historian to teaching, scholarship and the community.

Carolyn Holbrook is a research fellow in the School of Social Sciences at Monash University. Her PhD from the University of Melbourne was awarded the Dennis Wettenhall Prize and the Serle Award for the best thesis in Australian history. Carolyn is the author of Anzac: The Unauthorised Biography, which won the Queensland Premier’s Literary Award and the NSW Premier’s First World War History Prize and was shortlisted for the CHASS Prize and Asher Literary Award in 2015.

Babette Smith is one of Australia’s most respected experts on convict history and author of the bestselling Cargo of Women and Australia’s Birthstain. In 2015, she was awarded NSW Community and Regional History Prize at the NSW Premier’s History Awards for her book, The Luck of the Irish: How a shipload of convicts survived the wreck of the Hive to make a new life in Australia. She is an Adjunct Lecturer at the University of New England.

Dr Caroline Butler-Bowdon is the Director of Curatorial and Public Engagement at Sydney Living Museums. Spanning 20 years, her career has been dedicated to connecting diverse audiences to history, arts and heritage through a broad range of public engagement programs including festivals, exhibitions and books. She is also an award-winning author and curator.