Heads-I-Win-Tails-You-Lose: The test it was a crime to fail 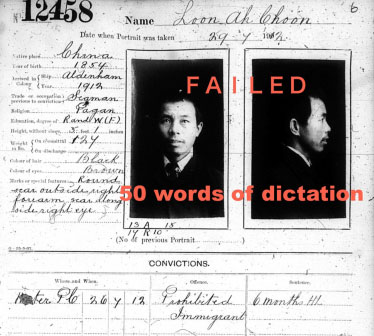 For much of the 20th century, Australia implemented a ‘White Australia Policy’ and did so with the help of the Dictation Test. However, much confusion about what the dictation test was and its implementation exists, as original administrators of the test attempted to keep aspects of its operation a secret. Dr Michael Williams’ presentation will outline the origins of the dictation test and explain some of the issues and contradictions of the ‘test’ it was a crime to fail generated.

Dr Michael Williams, Adjunct Fellow, Western Sydney University, is an historian of the Chinese Diaspora and a founding member of the Chinese Australian Historical Society.