Flu Frenzy: Taming the 1919 Influenza Pandemic with the RAHS and the City of Sydney, 16th February 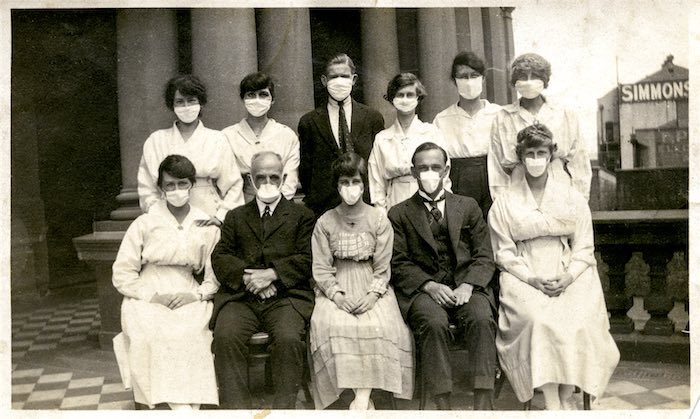 Image courtesy of the City of Sydney Archives

The Royal Australian Historical Society in conjunction with the City of Sydney presents – Flu Frenzy: Taming the 1919 Influenza Pandemic

When the ‘Spanish’ flu hit Sydney in January 1919 it was another blow for a war-weary community. How did Sydney cope in 1919 when influenza infected a third of the city’s residents? How did the community rise to the challenge? What were their stories of suffering, sacrifice, solidarity and scandal? Explore how local, family and medical records can help us piece together the intimate impact of this deadly global disease. Local historians share their insights into the emergency response and how we remember this devastating pandemic.