“The Recruiting Officer”: A Theatrical Palimpsest

Theatres whisper with echoes of ghosts and when working in a theatre you can sense them. They are not spectres or nebulous bodies in sheets but the history of a building, the lives of those who inhabited it and the palimpsest of the profession itself.

In 1789, just 14 months after colonial Sydney was founded, although most were struggling to survive, Australia’s first European theatrical performance was given. It was a convict performance of Farquahar’s “The Recruiting Officer”. The details and circumstances under which the event occurred are only partially known but they allow us to us peel back layers from the theatre of today. Let us revisit these haunted moments and examine their legacy. 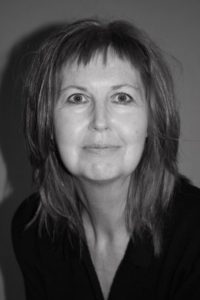 Fiona Reilly is a designer, producer, and historian who works across the theatre, film, television, events and museums sectors. As a life-long researcher she brings the past alive – whether in lectures, in the documentary and film worlds or by staging events that enliven locations and the past. A passionate researcher of costume history, she left her position as Head of Costume at the National Institute of Dramatic Art to make historical documentaries full-time and to bring history to the general public. She is a Director of May Gibbs’ Nutcote Trust, a position that brings together her love of history with the work of one of Australia’s most iconic authors and artists.