Canberra author Peter Bradley reimagines the lives of his three ancestors in a fascinating new history of colonial Australia, Convicted which is out now!

Peter Bradley first became engrossed in his family history five years ago, when he discovered his great-grandfather’s compelling first-hand account of
surviving a shipwreck. Now he has brought that story – and those of his two other ancestors – to life in Convicted, an engrossing and highly imaginative retelling of the story of a father, son and grandson, entwined with the history of Australia from the landing of the First Fleet in 1788.

‘My aim in writing this book was to intertwine the many well-known and not so well-known events in Australia’s early history with my family’s history and
their exciting tales,’ Bradley said.

Out in time for Father’s Day, Convicted will appeal to fans of Peter FitzSimons, Girt, and anyone with an interest in Australian and family history. 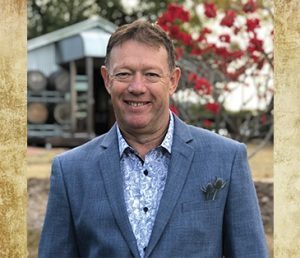 Peter Bradley is a passionate historian whose interest in family history began when he discovered his great-grandfather’s engrossing first-hand account of surviving a shipwreck. In 2013 he had the journal published, which sparked a determination to share his ancestor’s stories with the world. By day Peter works in the field of finance and accounting. He lives in Canberra with his wife and children.