The Conscription Conflict and the Great War 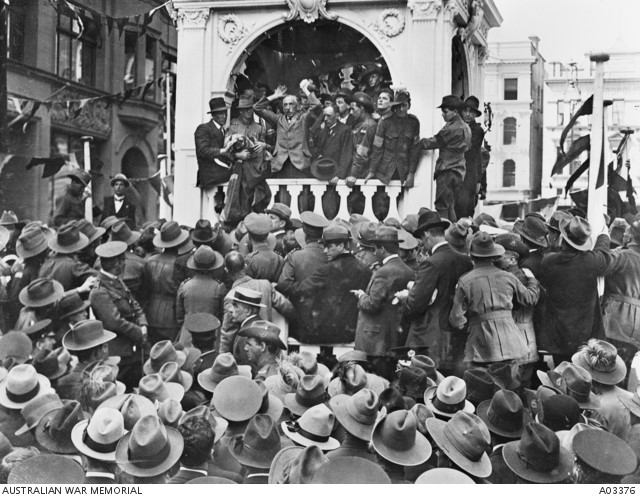 Monash University Publishing and Victorian Trades Hall Council have an open invite to the launch of The Conscription Conflict and the Great War, a new volume edited by Robin Archer, Joy Damousi, Murray Goot and Sean Scalmer. 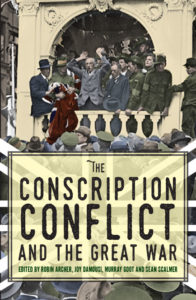 While the Great War raged, Australians were twice asked to vote on the question of military conscription for overseas service. The recourse to popular referendum on such an issue at such a time was without precedent anywhere in the world. The campaigns precipitated mass mobilisation, bitter argument, a split in the Labor Party, and the fall of a government. The defeat of the proposals was hailed by some as a victory of democracy over militarism, mourned by others as an expression of political disloyalty or a symptom of failed self-government.

But while the memory of the conscription campaigns once loomed large, it has increasingly been overshadowed by a preoccupation with the sacrifice and heroism of Australian soldiers – a preoccupation that has been reinforced during the centennial commemorations.The Conscription Conflict and the Great War redresses the balance. Across nine chapters, distinguished scholars consider the origins, unfolding, and consequences of the conscription campaigns, comparing local events with experiences in Britain, the United States, and other countries. A corrective to the ‘militarisation’ of Australian history, it is also a major new exploration of a unique and defining episode in Australia’s past.

Launched by The Hon Luke Foley, MP, New South Wales Leader of the Opposition, the launch will be followed by a conversation with the editors.