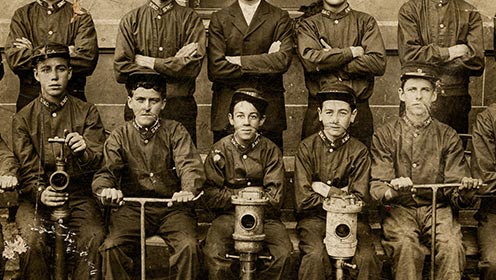 The City of Sydney‘s ‘Our City: 175 years in 175 objects’ exhibition is now open, commemorating the 175th anniversary of the Sydney Council.

This major exhibition presents the civic and social histories, events, people and places of the inner city from 1842 to 2017. It demonstrates the impact of Council as the administrator of the city over 175 years.

Showcasing the visionary leadership and major achievements in the growth of Sydney as a global city, the exhibition also presents the shaping of, and support for, the community.

The exhibition is curated by the City Curator, City Archivist and City Historian, and also includes a series of floor talks.

Floor talks
The City’s historians, curators and archivists will give short floor talks sharing highlights of the exhibition. The talks will occur every Tuesday, Thursday and Saturday.

A stirring, atmospheric composition has been specially created to mark the 175th anniversary of the City of Sydney and celebrate the magnificence of Sydney Town Hall’s 19th century grand organ.

The piece by Sydney composer Austin Buckett draws on historic change bell ringing patterns in an immersive minimalist composition that transports this historic instrument into the 21st century. The free premiere is on Sunday 5 November 2017 at 4.30pm.