Chinese Opera in Australia: An Overview 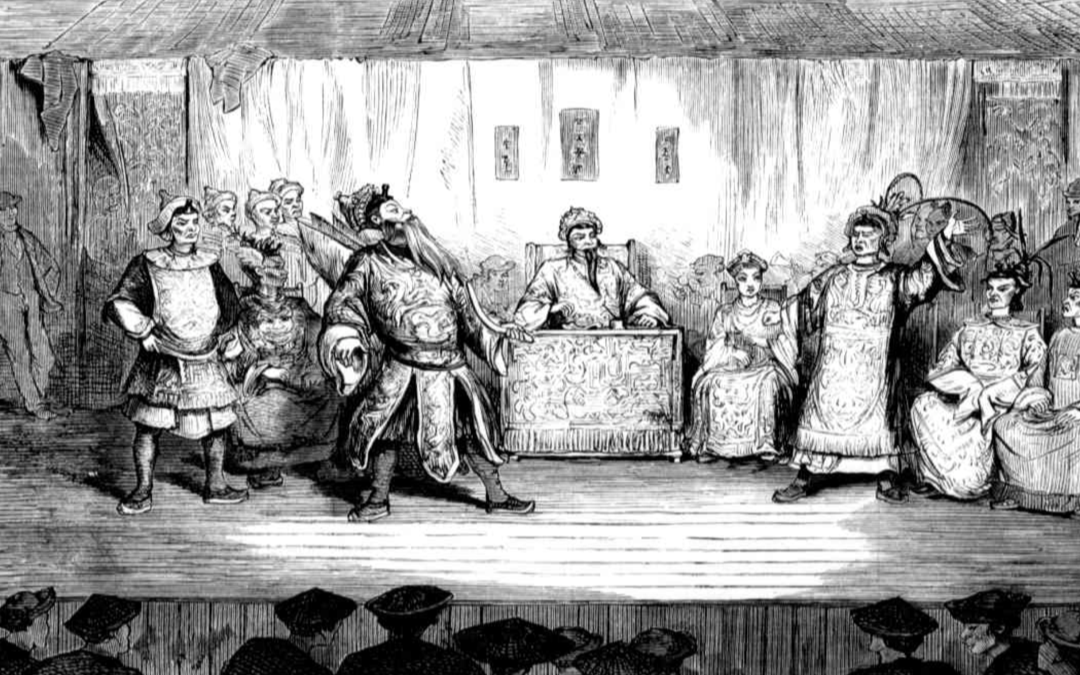 To the surprise of many, Chinese Opera in Australia has a history dating from its first appearance on the goldfields of Victoria in the 1850s and 1860s before finding its way to Melbourne and Sydney, as well as to northern Australia and even Tasmania into the early 20th century. Numerous performances are recorded in Ballarat and Bendigo, as well as Townsville, Hughenden and Cairns by troupes both specially imported to tour these districts or put together from those whose first intention had been to strike it lucky before deciding their histrionic talents could perhaps be more profitable.

While much of this cultural activity in a pre-multicultural Australia took place within the Chinese community, Australia’s European community was never completely isolated from this form of theatrical amusement. In fact, our main sources of information about this art form in Australia today comes from the numerous European observers – patronising, amazed, ignorant, disgusted, sympathetic, surprised and admiring, or all these at the same time.For many, perhaps most Australians, the image of the goldminer or market gardener, despite increasingly diverse research to the contrary, dominates the image of Chinese participation in Australian history. Yet for over 50 years Chinese drama played in theatres up and down the east coast of Australia. And while “opera-goer” is unlikely to supplant these images, it is worth considering the place of Chinese Opera in the history of Australia not only as entertainment, but as evidence of human and cultural exchange, efforts at integration, and as a lost, or perhaps simply delayed, step in the evolution of Australia’s Asian fusion culture.

Join History Council of NSW member organisation the Chinese Australian Historical Society as one of their founding members, Michael Williams discusses Chinese Opera in Australia. He is the author of Returning Home with Glory (HKU Press, 2018), which traces the history of peoples from south China’s Pearl River Delta around the Pacific Ports of Sydney, Hawaii and San Francisco. Michael is currently an Adjunct Fellow at the Institute of Society and Culture, Western Sydney University and is working on a history of the Dictation Test, entitled: Heads-I-win-tails-you-lose: The Test it was a Crime to Fail.

To book or find out more email: lowekelley@bigpond.com