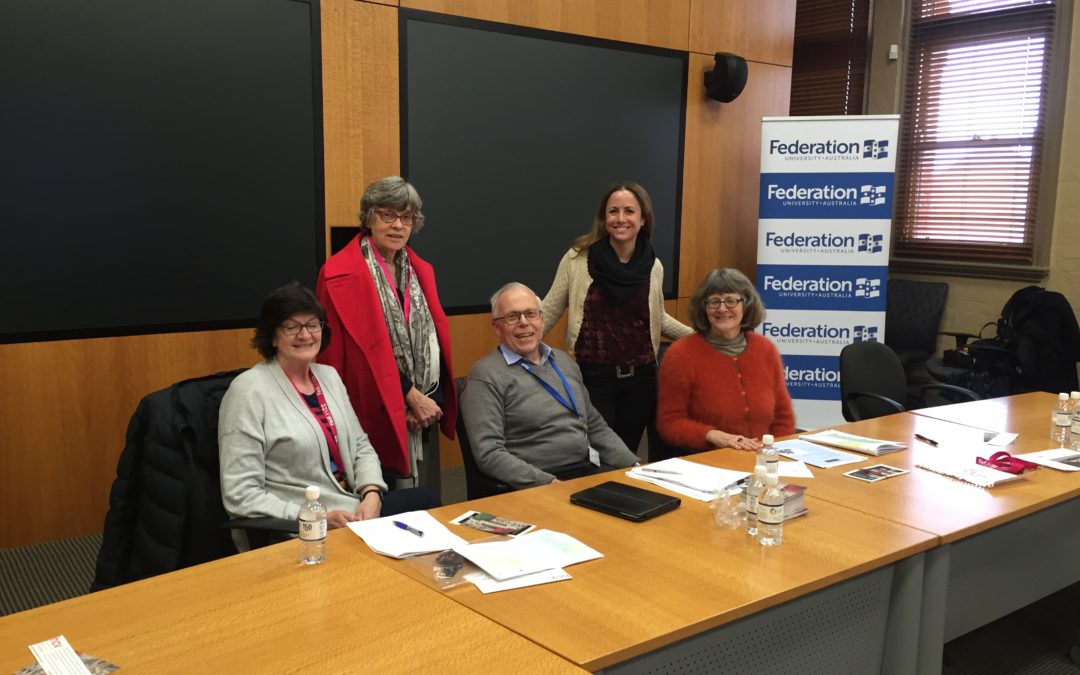 Last week, the Australian Historical Association hosted their annual conference, titled From Boom to Bust, which ran from Monday 4 July to Friday 8 July. At a dinner on Thursday 7 July, the AHA were delighted to announce the winners of this year’s AHA Awards and Prize.

The Allan Martin Award is a research fellowship to assist early career historians further their research in Australian history.

The Jill Roe Prize is awarded annually for the best unpublished article-length work of historical research in any area of historical enquiry, produced by a postgraduate student enrolled for a History degree at an Australian university.

The Kay Daniels Award recognises outstanding original research with a bearing on Australian convict history and heritage including in its international context, published in 2014 or 2015.

The Magarey Medal for Biography is awarded biennially to the female person who has published the work judged to be the best biographical writing on an Australian subject. It is jointly administered by the Australian Historical Association and the Association for the Study of Australian Literature (ASAL).

The Serle Award is given biennially to the best postgraduate thesis in Australian History awarded during the previous two years.

The W.K. Hancock Prize recognises and encourages an Australian scholar who has published a first book in any field of history in 2014 or 2015.