The History Council of NSW is pleased to announce the winners of its 2018 awards and prizes. The Annual History Citation, Max Kelly Medal, Deen De Bortoli Award for Applied History, and Aboriginal History Prize were awarded at last night’s Annual History Lecture.

The 2018 Annual History Citation was awarded to Professor Lyndall Ryan in recognition of her research and teaching in women’s and Indigenous history, and her service to the profession in contributing to the development of Australian Studies and Women’s Studies. 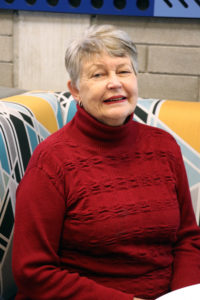 Lyndall Ryan is Professor at the University of Newcastle and has been associated with that university for over 25 years, after roles at the Australian National University, combined with policy positions in the federal government; Griffith; and Flinders. She completed her PhD at Macquarie University in 1976, and from it published her book The Aboriginal Tasmanians (1981) which established her as a specialist in contact history and has twice been revised and republished. She was central to the expansion of interdisciplinary approaches to the past and present, working in Australian Studies at Griffith and leading the field as Professor of Women’s Studies at Flinders and of Australian Studies at the University of Newcastle.

In recent years, Professor Ryan has focused on researching histories of violence and genocide. She has brought her findings to new audiences through the use of digital technologies, in particular developing an interactive online map of massacres which took place in Australia which has drawn international attention to the violent nature of the colonisation of this continent. The History Council of NSW is honoured to celebrate Professor Ryan’s achievements. The 2018 Max Kelly Medal was awarded to Ms Jessica Urwin for her essay ‘Physicist in the Fields of Thunder: Ernest Titterton and Britain’s Empire in 1950s Australia.’

Jessica’s essay is an impressive intervention into debates on the persistence of the British empire in the post-war era. She demonstrates that nuclear testing at Maralinga should be understood as an imperial project and not simply a consequence of a Commonwealth military alliance. Through a focus on Ernest Titterton, a British born and educated nuclear physicist who was appointed as Australia’s representative to the testing project as a result of British lobbying, Ms Urwin shows that Britain effectively manipulated Australia’s persistent Anglophone identity, to ensure that Australian interests were subsidiary to those of the metropole. Grounded in a careful reading of the archival sources, this is an important contribution to both the history of Australian science, and of the Anglo-Australian relationship in the 1950s. 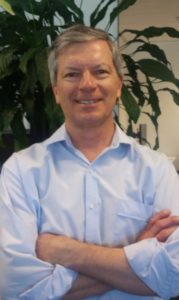 The 2018 Deen De Bortoli Award for Applied History was awarded to Dr Peter Prince for his essay ‘Australia’s most inhumane mass deportation abuse? Robtelmes v Brenan and expulsion of the Alien Islanders.’

Peter’s essay explores a pivotal early federal case upholding the Commonwealth Government’s power to deport Pacific Island cane cutters from Queensland over the furious dissent of Queensland cane farmers and Pacific Islanders who had put down roots in the north. The 1906 case of Robtelmes v Brennan involved a standoff about federal versus state power, an exploration of the relationship of Australia and the British empire, and an early test of Australia’s racially restrictive immigration policies – questions of continuing significance in contemporary Australia. The well-researched and elegantly argued piece draws on early modern common law precedent and imperial history to show that Robtelmes v Brennan was decided on the grounds of racist policy rather than the interpretation of statute. Dr Prince deftly shows that this move was made possible in part by the misuse of the term ‘alien’ in late nineteenth-century imperial and Australian legal discourse. The outcome? The mass deportation of Pacific Islanders from Queensland, some  of whom had formed families on Australian soil. 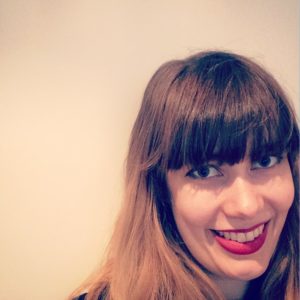 The 2018 Aboriginal History Prize was awarded to Ms Meg Foster for her essay ‘The Forgotten War of 1900: Jimmy Governor & the Aboriginal People of Wollar.’

Meg’s essay is a fresh re-examination of the events surrounding the well-publicised and infamous murders of two white women and three children by a local Aboriginal man, Jimmy Governor. In sparkling prose, Meg details the neglected story of the local settler response to the murders and the consequences for the many other Aboriginal people of Wollar. Her essay reveals not only the malleability of the law in a moment of crisis, but also the profound fear of warfare that overshadowed the push towards national federation. Through a careful analysis of a wide range of local sources, the essay complicates and questions foundational narratives in Australian history. Indeed, as Foster writes, in the months before Federation, the Governor incident “induced fear of an Aboriginal uprising and challenged colonial Australians’ ideas about their place in the world.”