The History Council of NSW is pleased to announce the winners of its 2017 awards and prizes. The Annual History Citation, Max Kelly Medal, Deen De Bortoli Award for Applied History, and Aboriginal History Prize were awarded at last night’s Annual History Lecture. 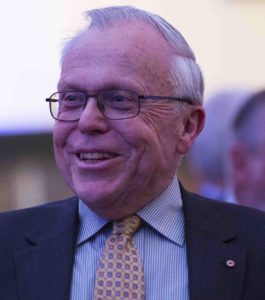 The 2017 Annual History Citation was awarded to Emeritus Professor David Carment, AM, in recognition of his outstanding contributions to historical scholarship, and his generosity and unwavering commitment to supporting the history community, including mentoring its emerging professionals.

David is recognised as one of Australia’s leading experts on North Australian history and has been widely published on this topic. During his time at Charles Darwin University, Northern Territory, he was Dean of the Faculty of Law, Business and Arts. In 2008 he was made Emeritus Professor at the university, ‘in recognition of his distinguished service to the University, outstanding contributions to the advancement of northern Australian history, and commitment to the communities of the Northern Territory’.

I feel deeply honoured to receive this award, especially when I see I am among previous winners who are historians I have long admired. I am most fortunate to have worked as a historian. What started as a childhood fascination with the past became a career that has given me much pleasure and satisfaction. I particularly value my involvement over a long period with community and professional heritage and history organisations. Among these the History Council of NSW stands out for its significant work in promoting history and fostering innovative historical practice. 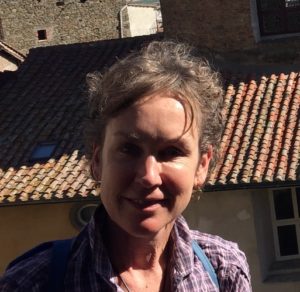 The 2017 Max Kelly Medal was awarded to Marian Lorrison for her essay, ‘Reduced to the Lowest Pitch of Want and Starvation’.

Marian taught for 22 years in NSW schools before family research led her to Australian History. Her recently completed Master of Research explored the experiences of four adulterous women whose husbands sued for divorce in NSW during the 1870s. Her current PhD thesis examines the rise of the New Woman in Australia 1880-1914, and traces the effects of increasing emancipation on 12 ordinary women. Marian’s interests lie in histories of sexuality, gender and feminism and writing the stories of ordinary people.

It is such an honour to be awarded this year’s Max Kelly Medal and I am sincerely grateful to the judging panel and the History Council of NSW for the work they do and for this recognition. Since I began to study history only a few years ago, the History Council has been a source of inspiration and encouragement for me. I am forever thankful that such organisations exist to stimulate historical dialogue and inspire individual historians at all stages of their careers. I am especially thrilled that the story of an ordinary woman has been acknowledged as significant in the fabric of our past. 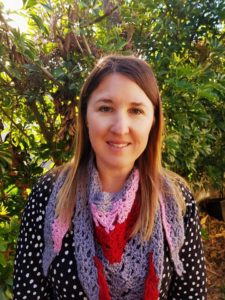 The 2017 Deen De Bortoli Award for Applied History was awarded to Jodie Stewart for her essay, ‘Emotions, Stories, Pasts: Feeling the Settler and Aboriginal Past on the Bundian Way’.

Jodie is a PhD candidate at the University of Wollongong, Bega. She is documenting the development of the Bundian Way project as an important and potentially recuperative public history initiative. ‘Pathways into History: Exploring the Contemporary Aboriginal Past on the Bundian Way’ examines how various community members and visitors to the pathway think about, evaluate and understand the Aboriginal past via cognitive and bodily encounters with Aboriginal cultural landscapes. Jodie’s PhD research is supported by the Australian Government RTP scholarship.

I am honoured to be receiving the Deen De Bortoli Award for Applied History. I would like to thank the History Council of NSW and the De Bortoli family for their support of historical research, and for seeing the value in research like mine. I think it is vital to acknowledge histories and history-making that make a difference in the world and that can challenge us to think and act in new and more productive ways. I have had the great privilege of researching a project that seeks to bring about social change and to enable better inter-cultural relations. The Bundian Way project incorporates histories and history-making that continues to contribute to the health and well-being of people and place. My research would not have been possible without the help, insights and generosity of elder Ossie Cruse, Eden LALC chairperson BJ Cruse, Les Kosez, Penny Stewart, Aileen Blackburn, Warren Foster, Noel Whittem, and the young Aboriginal men and women working on the Bundian Way project. I can’t thank you enough. 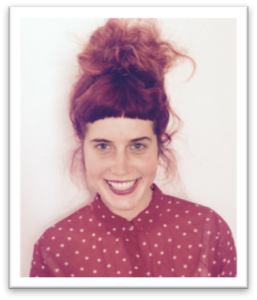 The 2017 Aboriginal History Prize was awarded to Ruby Arrowsmith-Todd for her essay, ‘Spectacle, Spectators and Critics: Mid-century Indigenous cinemagoers and Shell’s travelling films’.

Ruby Arrowsmith-Todd is an emerging film historian and curator. In 2016 she completed her Master of Research at Macquarie University, and was awarded the Bruce Mansfield Prize for her thesis on the Shell Film Unit. She is currently undertaking a PhD at the University of Canberra as part of the ARC project ‘Utilitarian Filmmaking in Australia 1945 – 1980.’ She also produces the film program at the Art Gallery of New South Wales.

It is a great privilege to be awarded the Aboriginal History Prize. I am most grateful to the judges and the History Council of NSW for generously supporting emerging researchers in this vital field. It is wonderful to have a project on Australian cinema history recognised in the context of History Week: Pop! and I thank the History Council for facilitating such exciting public history events each year.